By the tender mercy of our God, the dawn from on high will break upon us, to give light to those who sit in darkness and in the shadow of death, to guide our feet into the way of peace.

It was on my first day in seminary when a preacher said, “We spend so much time talking about Jesus that we forget to talk to Jesus.” It was a convicting truth that would come to fruition over the following months and I knew I needed to do something about it. Days would pass and, though I had been deep in scripture for particular class, I realized that I had not taken the time to pray to the Lord who was being revealed to me in the scripture. It was at that point when I committed to attend Morning Prayer in Goodson Chapel with all of the Anglicans and Episcopalians.

I was one of the token Methodists with a few of my denominational colleagues and we tried to keep up with our peers as they bowed their heads at particular times during the liturgy, as they made the sign of the cross across their bodies, and as they drank from a common cup when we had communion. It was difficult to assimilate during those first few weeks; many of the people in attendance did not even need to look at a Book of Common Prayer to say all of the right words at the right time. However, after a few months passed, I started to realize that I no longer needed to look at the book because the words and habits of Morning Prayer had sunk deep into my soul. 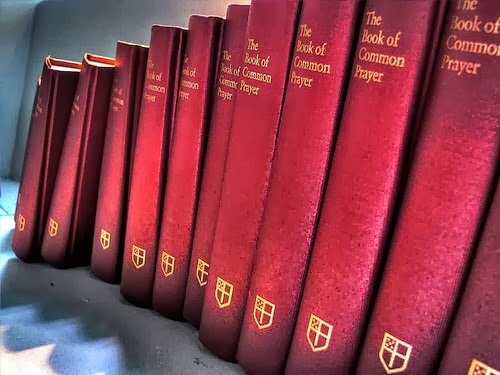 I don’t remember when it happened, but one morning while we were proclaiming the words from “The Song of Zechariah” (Benedictus Dominus Deus) the young man next to me changed some of the words. Instead of speaking in the plural, he spoke individually: “By the tender mercy of my God, the dawn from on high will break upon me, to give light to me as I sit in darkness and in the shadow of death, to guide my feet into the way of peace.” His willingness to proclaim God’s faithful words for himself, has stuck with me ever since.

During this season of Advent, it is good and right for us to recognize that God made good on his promise “to give light to those who sit in darkness and in the shadow of death” when he came in the form of flesh as a baby in a manger. We spend these weeks patiently waiting, just like the Israelites did so long ago, for the light that will shine in the darkness. But this isn’t just something that God did in the past; every Advent is an opportunity to embark on a new way of life where God’s tender mercy will guide our feet into the way of peace.

This week, let us take time to proclaim the words from The Song of Zechariah personally. Whether in the morning when we wake up, or at night before we fall asleep, or whenever we feel called to during the day, let us proclaim: “By the tender mercy of my God, the dawn from on high will break upon me, to give light to me as I sit in darkness and in the shadow of death, to guide my feet into the way of peace.”

O come, let us worship and bow down, let us kneel before the Lord, our Maker!

Do you ever have times in your life that feel spiritually dry? You hear all the words in Sunday worship, you read your bible during the week, but when you pray it feels empty and lacking life? Before I entered seminary I felt that I had a robust spiritual life and was committed to daily prayer and the reading of scripture; I felt most alive when I was reminded of God’s Word during the week and when I was in communion with the Lord. However, after entering Duke Divinity and being bombarded with the amount of work I was required to do, I stopped praying and reading scripture outside of my weekly requirements. Reading the Bible went from being a life-giving experience, to a tedious chore.

Around that time my best friend, Josh, encouraged me to start attending Morning Prayer with the Anglicans and Episcopalians. Every morning before classes started a faithful group would gather in Goodson Chapel and go through the Book of Common Prayer in order to orient themselves for the day ahead. In the beginning I reluctantly made my way into the sanctuary every morning with Josh by my side and we went through the motions of Morning Prayer. As the token Methodists, we were not used to the constant physical movements of worship but we quickly caught on: We knelt on the floor during the confession, we stretched our palms facing upwards during the pardon, and we made the sign of the cross whenever the trinity was mentioned. For months we were there everyday and before I recognized it, Morning Prayer became essential to my way of life; I needed to pray with others to start my day, I needed to commune with the Lord before I dove into his Word for class. Additionally, Morning Prayer began to manifest itself in my life outside of that early service — I found myself making the sign of the cross at church on Sunday mornings and I was the only one at my United Methodist Church who would kneel on the floor during confession before communion (I got a lot of stares for that).

This week I encourage you to try something new in your prayer life. Instead of sitting in the same chair at your home, or kneeling by your bed, trying praying in a new way. Experience kneeling on the ground to praise the Lord, or bow down and physically move in a way that helps to enhance your spirit. Try to live out your prayer life in a way that is different, faithful, and physical. 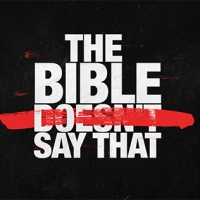 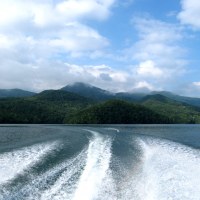 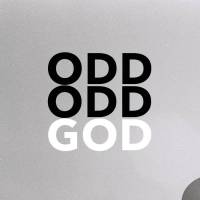 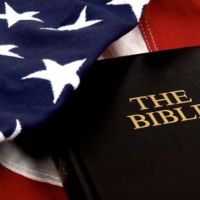 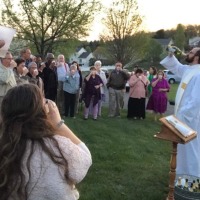 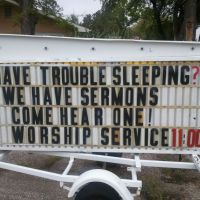