Our God comes and does not keep silence, before him is a devouring fire, and a mighty tempest all around him.

During the Super Bowl on Sunday, there was a commercial for Dodge Ram trucks. The advertisement began in darkness, and then text appeared on the screen announcing that the following words were spoken by Martin Luther King Jr. exactly fifty years ago to the day. The audio playback started, while the viewers witnessed a collage of pure Americana: construction workers, a student studying, a man doing push ups, and a cattle rancher all interposed with quick shots of a Dodge truck driving through mud. All the while you could hear Dr. King in the background saying these words:

The recording was taken from one of Dr. King’s final sermons prior to his assassination. And, inexplicably, the advertisers failed to recognize, that part of King’s sermon [not quoted in the ad] was about the evils of advertising. Dr. King said:

“The presence of this instinct explains why we are so often taken by advertisers… you know those gentlemen of massive verbal persuasion. They have a way of saying things that get you in a bind: ‘In order to be a man of distinction you must drink this whisky’ ‘in order to make your neighbors envious you must drive this type of car’ ‘in order to be lovely to love you must wear this kind of lipstick or this kind of perfume’ and before you know it your just buying this stuff… And I am sad to say that the nation in which we live is the supreme culprit.”

Even from beyond the grave, Dr. King will not remain silent about the injustices and tragedies of the world. His words are still a rallying cry for those who wish to see God’s vision made into a reality. But some, with untold power, continue to manipulate his words for their own gain. 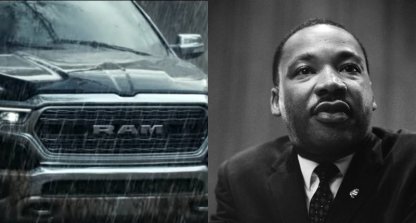 The Psalmist says, “Our God comes and does not keep silence.” The Word from the Lord blasts forth from the pages of our bibles, like the words of Dr. King’s sermon, and they beckon us to open our eyes to the truth. We live in a world that is still terribly broken and in need of divine healing. The marginalized are being pushed even further into the margins while the powers and principalities rule with an iron fist.

God will not keep silence, and neither should we. 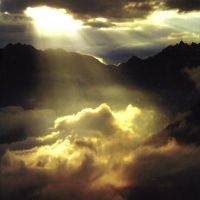