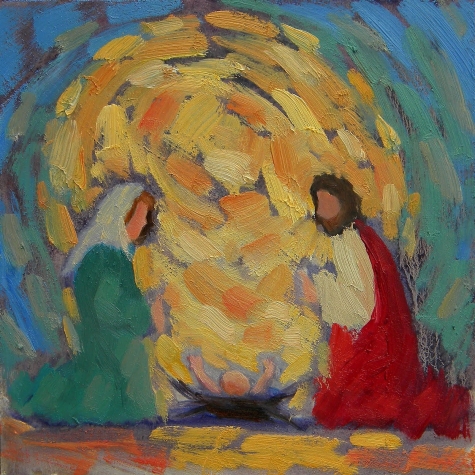 Merry Christmas! To me, there are few things as wonderful as gathering together to celebrate the birth of Christ. This is what church is all about; a community coming together to rejoice in our Savior.

Have you noticed all the lights around the neighborhoods? The different decorations throughout Staunton? Have you seen all the wonderful manger scenes displayed in front yards and on coffee tables?

One of the things I love most about Christmas is that every year we try new things to make Christmas real again. Many of us are very familiar with the story; we can imagine the angel Gabriel appearing before Mary, we can picture the manger scene with all the animals gathering close to baby Jesus, we can almost hear the angelic host proclaiming the Good News to the shepherds. This story has so captivated our hearts, minds, and imaginations that every year we gather to remember it in new and exciting ways.

This year our Preschool chose to remember the story by putting on a Christmas pageant. Now this wasn’t your simple and typical pageant; almost every one of our students had a line to perform in the microphone in front of a packed sanctuary. We practiced for weeks in the chancel area, rehearsing our lines, standing in our spots, and getting the story exactly right. On the morning of the big show, the kids and I were all here going through every bit one last time. However, this was the first time that they were all in costume.

Some of our precious three years olds were sheep, though they looked more like pillows as they walked to the microphone and quietly whispered: “I shared my wool with baby Jesus.” We had a manger mouse with big ears and a tail who said with a smile: “I peeked at baby Jesus!” We even had an angel choir of two-year olds who started from the back and walked all the way down carrying electric candles to guide the wisemen.

When it came time for Mary and Joseph to appear I was so pleased with how well everything was going. This was going to be a great performance for all of the friends and family. Our little Mary came up to the microphone to sweetly say, “A baby will soon be born.” And then Joseph, one of our most precocious four year olds, said with loud emphasis: “I MUST FIND A PLACE FOR US TO STAY!”

Everything was perfect. The kids were sitting quietly in place, they had all nailed their lines, and I could just imagine all of the tears that would be spilt watching these precious lambs of Jesus Christ. I even found myself getting emotional. I remember thinking: “this is what Christmas is all about.” Look at these children retelling the story centuries later. They embody the sweetness that just have been felt in the manger. Their child-like innocence is why God came into the world for us. Those little kids made Christmas real for me.

That was, until I noticed our little Mary fidgeting around by the crib. We continued with the pageant but Mary was far more focused on the little baby-doll Jesus than anything else. “Well,” I thought, “she’s just being attentive like any good mother would be” when all of the sudden she picked up Jesus by his ankle, dangled him back and forth and then dropped him on his plastic head!

The realness of Christmas was quickly replaced with the reality of Preschoolers being dressed up like animals and adults acting out the story.

There is a church somewhere in the midwest that REALLY believes in retelling the story. On Christmas Eve they invite people from the community into their sanctuary, but they don’t just listen to a pastor in the pulpit, they don’t just pray in their pews, they bring in all sorts of animals and actors to make it come alive.

Animal trainers help guide the donkeys and sheep into the space and lead them up to the altar near a newborn baby being cradled by his mother. The church has a full orchestra and light show to go along with the actors and animals; they have no limitations when it comes to fully immersing the people in the story.

However, a few years ago the church became responsible for a viral video that made its way across the internet. At the height of the production, as the human-angels were hung by wires to sing Hallelujah, as the majestic magi were making their way up to the altar, as people were completely captivated by the story, a camel was being led down the center aisle.

It was at that precise moment, at the paramount of the Christmas production, the camel decided that he no longer wanted to be part of the story. The video shows the trainer in the middle of the church struggling to guide the camel forward, the camel ignoring his suggestive movements, and deciding that he should take a break on top of all of the people sitting on the right hand side. Like a tree falling in the woods, the camel fell to his side and quickly buried a few people under his girth.

The realness of Christmas was quickly replaced with the reality of what happens when you bring the zoo into a church.

Years ago I went to church on Christmas Eve and experienced a service unlike any other. Instead of a typical sermon, the pastor decided to make it into a drama with particular characters acting out the story.

Mary and Joseph stood on opposite sides of the altar, wearing robes from the days of old. The gazed off into the distance pondering the incredible messages the the angel Gabriel had shared with each of them.

While the pastor described the man named Joseph, he began to remove his robes, shedding the costume from the past, and revealed a middle age man wearing a business suit. The pastor was attempting to make the story real again by showing what it would look like if it happened today. Joseph was a respected man and much older than Mary. Can you imagine how he would have reacted when he found out that she was pregnant? Can you picture how embarrassed he must have been by her?

While the pastor described the woman named Mary, she began to remove her robes, shedding the costume from the past, and revealed a teenage girl wearing a cheerleading uniform. Mary was a young woman with future full of potential. She was much younger than Joseph, and was told by the angel that she would conceive a son by the power of the Holy Spirit while still a virgin. Do you think she believed this was Good News? Can you imagine how her family would have regarded her for becoming pregnant before getting married?

There stood Mary and Joseph, not the couple from the manger scenes kneeling quietly over the new born king, but a business man and a cheerleader who would be ridiculed by the community.

The realness of Christmas was quickly replaced by the reality of social relations that develop when an unwed teenage girl becomes pregnant.

I always look forward to this season because it affords me the opportunity to ask others what they love about Christmas. I often hear about the joy of opening gifts, the wonder of putting up all the decorations, and even the changed behavior of children in response to the elf on the shelf. Yet all of those things don’t make Christmas real. Yes they make it feel like Christmas, but they do not fully convey the depth of what it means for God to have come into the world as a baby in Bethlehem.

For me, Christmas is at it’s realest when we light our candles as we sing Silent Night. Some of my earliest memories are standing in a dark sanctuary on Christmas Eve while people around me are singing. In mere minutes the darkness is replaced by a brilliant light, made remarkable by the God who took on our flesh to dwell among us, to be God with us. 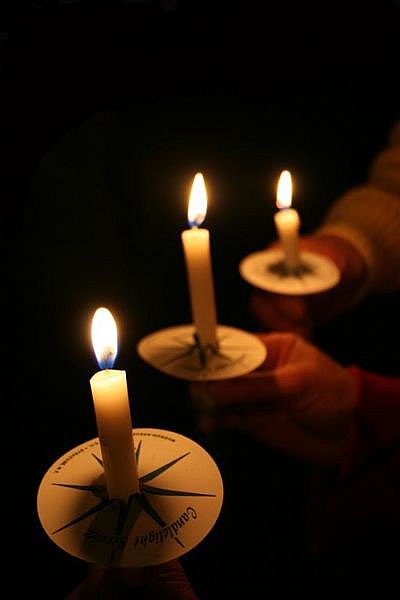 Jesus is the light of the world who shines in the darkness. Whatever that darkness might look like for you, whether it be an uncertain future, fears about your children, frustrating family members, the loss of a loved one, a heavy diagnosis, or the lack of love in your life, Jesus stands in stark contrast as the one who brings the light into our lives.

At the end of our service we will turn out all the lights, from the one candle, the Christ candle, we will light all others as we sing Silent Night. As we do so let us open our eyes the different forms of darkness in our lives and give thanks to the light of the world who shines in the darkness.

It will feel like Christmas in the room, when we hear the familiar words that have been sung for centuries exclaiming the great joy of the newborn king.

It will feel like Christmas in the room, when we gather as God’s table to feast on the bread of life and drink from the cup of salvation.

It will feel like Christmas in the room, when we see the light of Christ shining in one another. 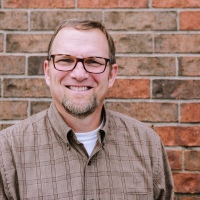 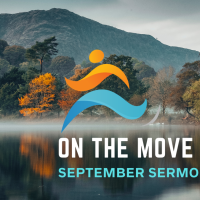