Shout out, do not hold back! Lift up your voice like a trumpet! Announce to my people their rebellion, to the house of Jacob their sins.

It is true that in some churches sin is the focus of nearly everything. But in Mainline Protestant Christianity, we avoid even mentioning sin because of its ugliness. We preachers would rather talk about God’s loving nature than God’s judgment. We would rather tell our people to love their neighbors as themselves than to tell their neighbors that they’re sinners. We would rather skip over the hard passages about condemnation than reflect on how they are still speaking directly to us even today.

And yet, God speaks through Isaiah to say, “Shout out, do not hold back! Lift up your voice like a trumpet! Announce to my people their rebellion, to the house of Jacob their sins.”

There are definitely bad ways to “shout out” about people’s sins. Logging on to Facebook in order to belittle the other for their differing political or social opinion might sound like a blaring trumpet blast, but it accomplishes nothing good. Sending anonymous letters or notes to people because of their former lifestyles might feel like “not holding back” but it usually just leaves them hurt and afraid. Judging others from afar with our like-minded peers might feel like “announcing their rebellion” but it will just harden our hearts. 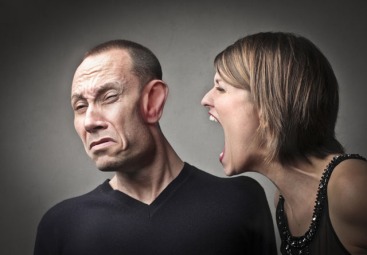 However, there are good ways to “shout out” about people’s sins. First, we must remember that we too are sinners who have fallen short of God’s glory. Second, we can only speak the truth of another’s sin in love, which is to say, we need to be in relationship with the person to such a degree that they can hear what we have to say without blowing it off. Third, we can only “announce rebellion” if we are willing to help the person to move out of their sinfulness; we cannot simply declare their sin like a trumpet blast unless we are willing to do the hard work of helping them out of it. And finally, we can only announce another person’s sins if we are prepared to hear our sins as well.

The existence of the church is a response to our need to hear about our sinfulness. We gather together to hear the Word so that we might be transformed into God’s people. But this cannot happen if we are more concerned with transforming others, than with transforming ourselves. We cannot announce the sins of another, unless we can first say “Have mercy on me O Lord, for I am a sinner.”

So shout out, and lift up your voices like a trumpet. But beware, for the trumpet will blow in your direction as well.