You know the message he sent to the people of Israel, preaching peace by Jesus Christ – he is Lord of all.

One of the great privileges, and challenges, of being a pastor is that people will often bring to me questions about how to respond to something as a Christian. They’ll have seen something on the news, or read an article online, and while wrestling with whatever the subject might be, they’ll bring it to me with hopes of coming out with an answer on the other side. I, like many pastors before me, will usually respond to their queries with a question of my own such as, “Well, how do you think we should respond as Christians?”

Most of the time responding to the question with a question gets us to some version of a faithful response and usually that’s enough. However, there are those time when, as we travel down the rabbit hole together, the answers move further and further away from what we might call orthodoxy.

War, without a doubt, is one of the questions that does this the most.

Tensions between the United States and Iran are growing with each passing day, and the talking heads on the news and online are making it abundantly clear how they think, and how they think we should think, about war. And, though it is a rare thing, this is a time I am grateful for the Book of Discipline in the United Methodist Church, because it outlines how we think and feel about war.

Namely, that war in incompatible with Christianity.

You can read more about it here:

“We believe war is incompatible with the teachings and example of Christ. We therefore reject war as an instrument of national foreign policy. We oppose unilateral/preemptive strike actions and strategies on the part of any government. As disciples of Christ, we are called to love our enemies, seek justice, and serve as reconcilers of conflict. We insist that the first moral duty of all nations is to work together to resolve by peaceful means every dispute that arises between or among them. We advocate the extension and strengthening of international treaties and institutions that provide a framework within the rule of law for responding to aggression, terrorism, and genocide. We believe that human values must outweigh military claims as governments determine their priorities; that the militarization of society must be challenged and stopped; that the manufacture, sale, and deployment of armaments must be reduced and controlled; and that the production, possession, or use of nuclear weapons be condemned. Consequently, we endorse general and complete disarmament under strict and effective international control.”

So, as we continue to respond to escalating tensions, let us remember that Jesus came preaching peace, and not war. 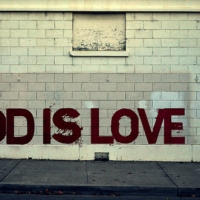