At that very time there were some present who told him about the Galileans whose blood Pilate had mingled with their sacrifices.

It’s a notable one. On one hand, the admission that the church exists to proclaim who God  is and who we are in relation to God is remarkable and downright faithful. But on the other hand, the dismissal of the world in the church is a denial of the very reality of reality.

Preaching is never done in a vacuum. A time and a place are always present in a preacher’s work, but that does not mean that the preacher notices or recognizes where they are. Even preachers who try to do the work of preaching without acknowledging their time or place cannot help but reflect time and place in their work. We preachers are reflections of the world around us whether we like it or not.

The theologian Karl Barth is known for noting that preachers should work with the Bible in one hand and the newspaper in the other. That surely sounds like good advice: what we experience helps us to understand the scriptures and the scriptures help us to understand our experiences. The only problem is the fact that the newspaper is just as likely to mislead us regarding our time and place. And that’s not even mentioning the question of which newspaper we should be reading. We, indeed, live in a strange new world, made clear to us by various headlines, but when it comes to the life of faith, the strange new world of the Bible is our world.

An atrocity has taken place in the holy city, it’s the front page headline of the Jerusalem Times – Pilate Cuts Down Galileans In The Temple. We don’t know why they were killed, or even how they were killed, only that in their executions their blood was mixed with the sacrifices they brought to the Temple.

You can imagine the commotion this caused among the faithful.

So much so that some in the crowd approached Jesus and demanded to know why such a thing took place among God’s chosen people: What had they done to deserve such an awful fate?

“Nothing,” Jesus says, “They were not greater sinners than any other Galileans.”

And then the Lord pulls out another headline, another catastrophe on the hearts and minds of the people. A tower had fallen in Jerusalem, in the neighborhood of Siloam, just south of the Temple. 18 people died in the incident. And Jesus says, “They were not greater sinners than others either.”

The rain falls on the good and the bad alike, as do famines and other such things, Jesus says in another part of the Gospel. Which can sound like unmitigated bad news. And yet, it is strangely Good News. It is Good News because God is not keeping some great ledger book in the sky and then raining down blessings or curses accordingly. God is not a warden watching over the prisoners to see how well, or how poorly, we behave.

If God punished us according to the choices we make, not one of us would be left around to make any choices at all.

Instead, God arrives in the world in a totally fragile and vulnerable way so that even if a tower falls on our heads, or if our lives are taken by a dictatorial political emissary, or if we die peacefully in our sleep, that it will not be the end for us.

What we believe shapes how we behave. The cross and empty tomb give us the freedom, here and now, to live bold and faithful lives for the Lord and for others because the most important thing in the history of the world has already taken place. No headlines, bad or good, can take us away from the Love that refuses to let us go.

So, sure, take the Bible in one hand and the newspaper in the other, but never forget that the former is far more determinative than the latter. 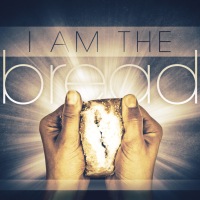 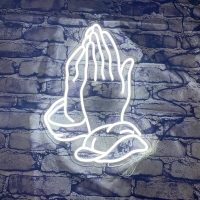 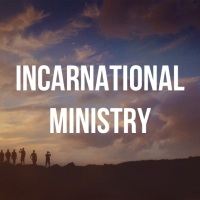