One of the dinner guests, on hearing this, said to him, “Blessed is anyone who will eat bread in the kingdom of God!” Then Jesus said to him, “Someone gave a great dinner and invited many. At the time for the dinner he sent his slave to say to those who had been invited, ‘Come; for everything is ready now.’ But they all alike began to make excuses. The first said to him, ‘I have bought a piece of land, and I must go out and see it; please accept my regrets.’ Another said, ‘I have just been married, and therefore I cannot come.’ So the slave returned and reported this to his master. Then the owner of the house became angry and said to his slave, ‘Go out at once into the streets and lanes of the town and bring in the poor, the crippled, the blind, and the lame.’ And the salve said, ‘Sir, what you ordered has been done, and there is still room.’ Then the master said to the slave, ‘Go out into the roads and lanes, and compel people to come in, so that my house may be filled. For I tell you, none of those who were invited will taste my dinner.’”

I wrote three versions of this sermon.

In the first version I, the preacher, encouraged you, the listener, to imagine yourself as a party host. You worked diligently to prepare a feast, ordered the perfect set of invitations, and you even hired a wine sommelier just to make sure everything was in harmony. For months you laid awake at night not worrying about the extravaganza itself, but imagining all the profoundly kind compliments you were about to receive.

And then, as the day of the shindig got closer and closer, the RSVPs started to arrive and with every “No” your heart started to sink deeper and deeper until you realized that no one, not a single invitee, would be coming.

You fretted over what to do next. After all, you had spent a small fortune to set the whole thing up and you couldn’t just return everything. You began calling all your family members, and knocking on the doors of all your neighbors, but it still wasn’t enough. It got to the point that, like a crazy person, you started yelling at people on the street demanding that they come to your party.

And where’s the Good News in that?

In the second version I, the preacher, encouraged you, the listener, to imagine yourself as one of the invited guests. You received an invitation in the mail to a very posh party and though you were initially excited about the prospect of attending, you quickly realized that the celebration would be an impossibility.

You knew that it would not be responsible to accept such a grand invitation and you thought about how it was all really such a waste. You pictured in your mind all of the hungry children across the globe and you just shuddered with the thought of such delicious food in the midst of a broken world like ours.

So you came up with a list of reasons why you would not be attending. For some of you it was because of your spouse. For others you had responsibilities in the home that could not be overlooked. And still yet a few more of you simply lied because you had better things to do.

But that one wasn’t a very good sermon either. It wasn’t a good sermon because when all of you found out about the lengths the host went to to make sure the party was full in your absence, you weren’t really jealous. I mean, he invited all of the delinquents and riffraff from the community; who would want to go to a party with those people? You became satisfied by your excuses and patted yourselves on the back for a job well done.

And where’s the Good News in that?

The third version was my favorite. In it I, the preacher, encouraged you, the listener, to imagine that you had no business attending the party in the first place. You were down on your luck, worrying about how to pay your bills, fretting over your child’s grades, overwhelmed by domestic trivialities. And all the while you saw the host preparing for the party. You witnessed truck after truck bringing in the wine and beer, you saw the caterers lugging in all of their equipment, and when the day of the party arrived you could hear the live band playing all of your favorite songs and yet, you weren’t invited.

And then, miracle of miracles, the host came and knocked on your front door, grabbed you by the collar, and started dragging you to the party. And, because you were full of humility, you pleaded with the host to realize the mistake he was making. You didn’t deserve to be at the party, you would never be able to return the favor, and you really didn’t even have anything nice to wear.

To which the host simply waved his hand and told you to raid the closets at his house and take whatever clothes you wanted. The party simply must be full and he didn’t give a flip about who you were, he just wanted you to be there.

And so you went, and you had the time of your life. You ate, and drank, and danced. You fraternized with people who never would have give you the time of day. And the longer you partied, the more people started showing up. And they, like you, had sparkles in their eyes because something like this was beyond all of your wildest imaginations.

And that sermon, that sermon was a good one. It was good because it spoke truly about the ridiculousness of grace, how unmerited it is, how we, even up to the moment we receive it, make excuses for why we shouldn’t be the ones to get it. And I almost preached that sermon – one long story about being dragged to a party that you didn’t deserve to attend – it was going to end with the host bringing out another case of wine as the sun rose in the east and everyone trotting back out onto the dance floor to do it all over again.

But I’m not preaching that sermon.

I’m not preaching it because the Good News sounds too good. 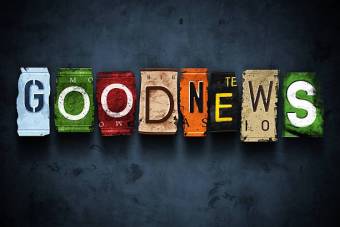 Jesus is still at the dinner table when our scripture for today begins. He has already healed a man much to the chagrin of everyone else at the party, he has called everyone out for wanting to sit in the best places, and he just commanded them to invite the wrong people to their own parties when someone inexplicably stands up to shout, “Blessed is anyone who will eat bread in the kingdom of God.”

The comment sounds like the man is mocking Jesus. As in, “No one is going to buy whatever you’re selling. Blessed would be anyone, and apparently everyone in your kingdom Jesus, but that ain’t the way it works.”

And Jesus won’t stand for it.

What the interrupting man doesn’t know, what he can’t know, is that the very kingdom of God he referenced was sitting right there at the table with him, and none of them want it. They don’t want to eat bread in the kingdom if it means what Jesus was describing. They had all worked too hard to get where they were, and it doesn’t sound like good news when the first are told that they are going to be last.

So Jesus jumps into another story.

A man had invited many to his awesome party. Everyone had already responded to the card in the mail, but when the day of arrived, they were no-shows. Each of the guests, in their own way, said, “Hey Lord, I’ll spend time with you later. But right now, I’ve got other things to take care of.”

And all of the people at the table hearing Jesus’ story, are like the people in the parable with their excuses – they had pursed the sensible paths, they were what we could call successful, and Jesus tells them, to their faces, that it is precisely all their pursuing that keeps them from the party.

For this crazy Lord of ours, the one we worship and adore, he has no use for winners, people only concerned with their own definitions of what it means to do and to win in this life. So instead of bringing all of the right people to the party, the host, Jesus, goes out looking for all the wrong people.

One way or another, the host will fill the tables – the food will be eaten – the drinks will be consumed – the band will be enjoyed.

It sounds too good to be true but this is the gospel: the losers of life are the winners at God’s table. On a day when they woke up expecting nothing, or worse, they rise to a new way of being that surpasses even the people who first received their invitation.

The last, least, lost, little, and dead never get invited to parties because they run counter to everything the world tells us to do.

But in the kingdom of God, lastness, leastness, lostness, littleness, and deadness are all Jesus is looking for.

As Jesus has been saying again and again and again throughout all of these parables in different ways, shapes, and forms, you and I don’t get to earn our spot at the party. There’s no to-do list to get in.

And that just gets under our skin, or, worse, we completely ignore it. We’re so accustom to a way of being about earning and rewarding that free grace sounds irresponsible or too good to be true.

But hear this, hear it in all of its craziness and bizarreness: Grace works by raising the dead – not by rewarding the living.

This story from the lips of Jesus is about liberty. Not liberty from monarchy like so many of us celebrated this week with our food and fun and fireworks. But a liberty from all of the labeling that comes about in this life. Liberty from the truest tyranny that the world has ever known – sin and death.

This party of Jesus’, the parable of the host dragging in people from the street, it shows us how God in Christ gives us liberty in death. It even shows us how free we really are right now for we have been baptized into Jesus’ death.

Or, at least, it shows us how free we should be.

I want to be a winner, but Jesus saves losers.

I want to be first, but Jesus is for the last.

I want to be in control of my life, but Jesus wants me to die.

Jesus wants me and you and all of us to die to all of these overwhelming expectations we place on ourselves and on others. Jesus tells these stories to break down all of the labels we throw around and to show how salvation, our salvation, has already been figured out.

Jesus turns things upside down. The whole gospel is one topsy turvy tumbling narrative. The chosen people of this world, the privileged, the powerful, the righteous, the religious, the pious, they will not be the ones filling up the dance floor because they often ignore the invitation.

But at God’s party, it’s those of us who’ve been crippled by our sin, blinded by our shame, and made lame by our guilt who eat, and drink, and dance. We do so precisely because we were a bunch of outsiders and nobodies who never thought we had a chance in the world.

God desires a full house – God wants the party to be bumpin’ – and we’re all invited. Amen. 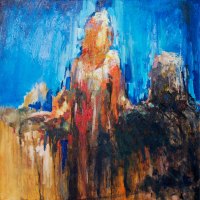