Jesus, full of the Holy Spirit, returned from the Jordan and was led by the Spirit in the wilderness, where for forty days he was tempted by the devil. He ate nothing at all during those days, and when they were over, he was famished. The devil said to him, “If you are the Son of God, command this stone to become a loaf of bread.” Jesus answered him, “It is written, ‘One does not live by bread alone.” Then the devil led him up and showed him in an instant all the kingdoms of the world. And the devil said to him, “To you I will give their glory and all this authority; for it has been given over to me, and I give it to anyone I please. If you, then, will worship me, it will all be yours.” Jesus answered him, “It is written, ‘Worship the Lord your God, and serve only him.’” Then the devil took him to Jerusalem, and placed him on the pinnacle of the temple, saying to him, “If you are the Son of God, throw yourself down from here, for it is written, ‘He will command his angels concerning you, to protect you,’ and ‘On their hands they will bear you up, so that you will not dash your foot against a stone.’” Jesus answered him, “It is said, ‘Do not put the Lord your God to the test.” When the devil had finished every test, he departed from him until an opportune time.

I’ve often talked about the role that commentaries play on the development and proclamation of a sermon. Perhaps the text is very familiar and the pastor desperately wants to find a new angle, or the passage appears to difficult to tackle and the preacher just wants all the help the preacher can get.

That’s when the commentary gets dragged down from the shelf and the pages start flying.

Commentaries can be an invaluable tool when doing this thing I do every week, but sometimes they just fall flat.

I looked through just about every single commentary in my office this week in preparation for this sermon. After all, the temptation of Jesus is indeed one of those stories that lots and lots of people already know. And, to further complicate matters, the devil is in it.

What’s a preacher to say about a story most of us know that contains a character most of us ignore?

So I pulled down the commentaries and started reading…

Just like Jesus, we will all face trials and temptations, and we need to do everything we can to resist them in whatever way they present themselves.

When we read the words from the Devil, it is a reminder that we need to take on a posture of intentionality to rebuke his destructive advances.

We read this story at the beginning of Lent as a reminder that we need to let go of the things that are keeping us from being with God.

Did you notice anything there? In almost every commentary I read about the temptations of Jesus, they are ultimately focused more on our temptations than on those faced by Jesus.

Or, to put it very plainly, the commentaries make it seem like Jesus is an after-thought in the never ending battle against our vices.

Or still yet another way to look at it – God helps those who help themselves.

Except, this isn’t a story about us. 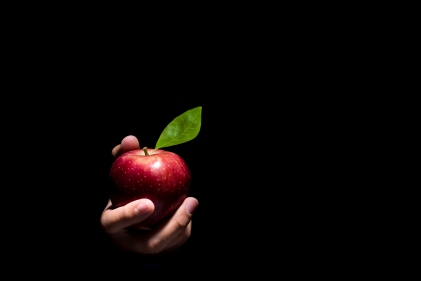 On Ash Wednesday many of us gathered here in the sanctuary and we heard those frighteningly familiar words, “Remember you are dust, and to dust you shall return.” Those ashen cross on our foreheads were the first steps into a season that is often marked with sacrifice, repentance, and fighting against temptations.

There are plenty of things we can, or perhaps should, give up.

4 out of every 10 adults in America are obese. Maybe we should go on a collective diet?

The average American has $5,331 in credit card debt right now. Maybe we start budgeting our money?

But perhaps today can be a sobering reminder, akin to the reality check that Ash Wednesday provides, that we aren’t really capable of resisting temptation. Maybe, if we abandon anything this season, it should be the notion that giving something up it makes us better people.

Perhaps we should ditch the belief that life is up to us.

If Lent is at all about us, its about how far off we are from God, how unlike God we are, and yet God choose to be like us in order to rectify the wrongness within us.

I don’t know about you, but I’m not entirely sure I’m grateful to Luke for this story about Jesus in the wilderness. It’s certainly dramatic, but the longer I read it, the worse it makes me feel.

The Devil says, “If you really are the Son of God, then do something!

The world is going to hell in a hand basket, there are people starving for food, they’re suffering from the chaos of a world that could be incredible if someone with enough power would smack them into shape, they’re wandering around in darkness waiting for God to give them any definitive demonstration that they can hold on to.”

It’s like the devil takes a good look at Jesus and realizes, “If we combined our powers we really could get this whole show on the road.”

This story has the power to bring me down in the dumps because in it I hear myself asking Jesus some of those same questions. I think I know what would be best for the world, and if Jesus could just get with the program, my program, we could fix all this brokenness around us.

Take away the fact that Jesus is Lord, and in this little vignette, he looks kind of like a jerk. Why won’t he work a little miracle and bring about some food?  Why won’t he just take control of the world? Why won’t he give the world a taste of God’s saving power?

But, those questions are our temptation, and they only go to show how far we are from the divine. It shows how this story is just like any other conversation between two people who simply cannot understand one another.

The devil is operating out of a world view that is remarkably like our own – he wants a demonstration of power and wants immediate gratification.

Jesus is operating out of a kingdom view that is totally unlike our own – he knows the myth of progress to which we are so inextricably tied.

If we were really capable of fixing this world, wouldn’t we have done it by now?

It’s a crazy thing to realize, here at the beginning of our own Lenten journeys, that the person with whom we have to most in common in this story isn’t Jesus, but the devil. 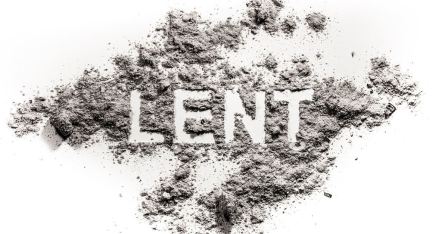 But the craziest thing of all is that Jesus eventually does all of the things the devil tempts him to do. Not out there in the wilderness, but by the time we reach the end of the gospel we discover that he does them in his own time and in his own way.

When he’s with the devil in the wilderness he refuses to turn a stone into a loaf of bread to satisfy his hunger – but later he turns some bread and fish into a buffet for 5,000. Which, incidentally, only incites the crowds desire to him become a version of who the devil tempts him to become.

When he’s with the devil in the wilderness he refuses to worship the devil to gain control of the world – but later he ascends to rule over the earth, not with a powerful and war-like regime, but from the vulnerable arms of the cross.

When he’s with the devil in the wilderness he refuses to test God’s willingness to demonstrate his saving power – but later he dies and is buried in the ground, only to rise again through God’s power in the resurrection.

How strange a story this is for people like us to read. In it we discover that the God who took on flesh to be like us is still completely unlike us. We catch a glimpse of the totality of the gospel in just a few verses. And we even celebrate Jesus’ ability to resit temptation even though he eventually makes all of those tempted realities real in his own way.

One of the worst temptations during the season of Lent is to puff ourselves up as if we are above and beyond the temptations that are thrown at us by the world.

The hard truth of the gospel is that even if we are able to resist a temptation or two, part of our human nature implies that we will succumb. We will eat the food we know we shouldn’t, we will hurt the people who deserve better, and we will foolishly believe that we know what’s best for ourselves, for others, for the world, and even for Jesus.

I like to think, on some days, that I’m a pretty okay person. I like to believe that given the right set of circumstances I will make the good and right choice. I like to imagine that there is more goodness in me than there is badness.

But, there are parts of me that are indefensible.

I have made wrong choices.

I have hurt the people I love.

I have thought myself greater than I really am.

At the heart of Lent is a willingness to look in the mirror and realize who I really am.

And if pastoring has taught me anything, there are parts of each of you that are indefensible as well.

A particular word that stung someone so badly they haven’t talked to you in years.

A receptive omission of something seemingly insignificant that became a wedge between you and your partner.

A foolish assumption that elevated you above everyone else and resulted in nothing but more and more resentment.

There is a frightening truth in the words that we often read in church without giving them much thought: Merciful God, we confess that we have not loved you with our whole heart. We have failed to be an obedient church. We have not done your will, we have broken your law, we have rebelled against your love, we have not loved our neighbors, and we have not heard the cry of the needy.

There are parts of us that simply cannot be defended.

This Jesus, the one who rebuffs the temptations of the Devil, is the one who comes not to make our lives better or give us the strength to resist our own temptations. Jesus comes to live and die and live again to justify us.

Take a good hard look at the cross, survey it in all of its wonder and violence, it is the sign for you and me that our God is a God of impossible possibility. When we read the story of the temptations in the wilderness it is a harrowing reminder that Jesus does for us what we could not, and cannot, do for ourselves.

He delivers us from evil. Amen. 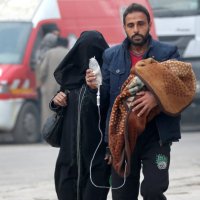