I answered the phone yesterday afternoon to the delightful news of your engagement. You shared the where, and the how, and the when. I listened with my imagination and tried to picture the scene as it all unfolded. I contemplated the beginning of your relationship and all the mountains and valleys that led to the proposal.

And as soon as you hung up to call the next person on the list, I gave thanks to God.

When the day of your wedding arrives, I will stand with the two of you by the altar, and I will ask you to make promises (read: covenants) with each other about the future. A future that you cannot possibly imagine. And I will save more theological reflections for that particular moment, but until that holy time, I will share this – there is a difference between the promise that is now present on your finger, and the promise that marks our hearts.

For centuries the people of God abandoned the ways of God. Rather than rejoicing in all the good gifts they received, they (just like us) wanted more. They wanted more power, more wealth, more esteem at the expense of their faithfulness, holiness, and convictions. They worshiped other gods, they rejected the covenant, they assumed that they could make it through this life all on their own.

And for that reason God established a new covenant.

It was a new covenant not because the first was flawed, but because the partner of the covenant was flawed. The covenant became a list of dos and don’ts such that they worshiped the Law rather than the One who gave the Law. Moreover, they began to see one another not as fellow brothers and sisters set apart by God, but as objects to be manipulated for individual gain.

In the fullness of time God saw fit to establish a new covenant through water and Spirit, the covenant of baptism, through which we are incorporated in Christ’s church. It is a sign of a promise written on our hearts that God will be our God.

It is not a ring on a finger.

That is a different sort of promise. That promise (of which you sent a picture to me minutes after the proposal) is a promise made between two of God’s people in anticipation of God’s promise being made manifest.

That’s not to say that God’s wasn’t there on the mountaintop when you shouted “yes!” with gleeful joy. God certainly was; just as God has been with the two of you in every moment of your relationship. But there is a new covenant coming, one made between the two of you in the sight of God, and in the sight of the community that will promise to hold you accountable to the covenant you are making.

What I’m trying to say is this: the covenantal moment on the mountain is a reminder of the power and necessity of the church. The church (for all of her warts and bruises) makes intelligible the kind of promises that you and your beloved have made, and will continue to make, with one another. The church itself is a covenant from God to us. The church is the bride to Christ as bridegroom. We make promises with the Lord to live in this life in a way that is in accordance with the grace made manifest in the manger and exemplified in the empty tomb.

You two are now on a path that Christians experience every Sunday in worship, through every clasped connection of hands in prayer, in the breaking of bread, in the baptism by water, in the singing of hymns, and even in the occasional sermon.

Your engagement is a reminder of God’s engagement (covenant) with us. And for that I give thanks to God. 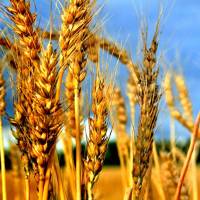 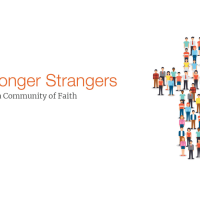