That same day Jesus went out of the house and sat beside the sea. Such great crowds gathered around him that he got into a boat and sat there, while the whole crowd stood on the beach. And he told them many things in parables, saying: “Listen! A sower went out to sow. And as he sowed, some seeds fell on the path, and the birds came and ate them up. Other seeds fell on rocky ground, where they did not have much soil, and they sprang up quickly, since they had no depth of soil. But when the sun rose, they were scorched; and since they had no root, they withered away. Other seeds fell among the thorns, and the thorns grew up and choked them. Other seeds fell on the good soil and brought forth grain, some a hundredfold, some sixty, some thirty. Let anyone with ears listen!”

“What kind of soil do you have?!” The street preacher was screaming at anyone with ears to hear and most people were moving as far away as possible. The young college students were far more concerned with getting to class on time than they were with the strange man yelling at them, but he persisted.

“Are you receptive to the Word of God?” Many of the people walking across campus at that moment had spent the last few months and years being receptive to the manifold number of new ideas they encountered in their classroom. The man berating them represented the old way of doing things, the unsophisticated, unkind ways of spreading the news. No one so much as even looked him in the eye.

“If you do not receive the Word you will scorch and wither away for all of eternity!” At some time the threat might have caused people to shudder in fear, or at the very least stop in their tracks and contemplate what their eternal reward might look like. But on that day his words were falling on deaf ears, but he just kept getting louder and louder and louder. 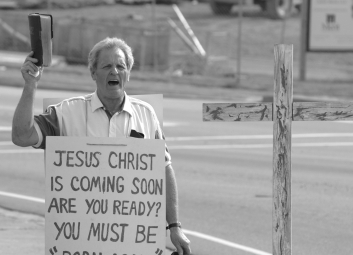 Unlike the street preacher filled with a faulty sense of evangelism, Jesus went out of the house and sat beside the sea. He did not frighten people in the midst of their daily lives, he did not berate them in the streets, his life and witness captivated people to his presence and they joined him by the water.

Unlike the street preacher, Jesus did not stand on soapbox or peer down on people from the height of a pulpit, he pushed off from shore in a little boat and sat down to tell them parables.

Parables are meant to be confusing. They are not simple and straightforward comments about the kingdom of God. Instead they are meant to leave us scratching our heads until God says what God wants to say.

Many of us might have gardens, or at the least we’ve planted something at some point in our lives. We’ve taken the time to find the perfect soil, and the right seed, and the optimum sunlight, and the proper amount of water and we’ve patiently waited for the seed to grow. We know, even the non-gardeners among us, the value of being attentive to the seed, soil, sunlight, and water. Which makes this parable all the more strange because the sower is terrible at his job. 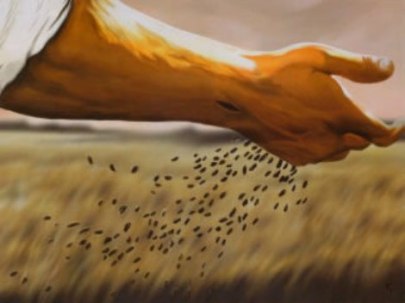 I mean he goes about flinging the seed this way and that. He doesn’t take the time to assess the pH level of the soil, he doesn’t dig small holes for the seed to be covered, he doesn’t even clear the area of other growth before he casts the seed. The sower in the parable is like a businessman who offers loans to people who have no hope of ever paying it back; like a wealthy family giving food to homeless people who will never find employment, like a parent who keeps forgiving a wayward child knowing they will not change, like a church opening its doors to a bunch of sinners who will always fall back.

And yet this is what God is like: God is the sower who scatters the seed regardless of the soil. Our God is a foolish gardener. At least according to the ways of the world.

Jesus shared this parable with the crowds from the boat on the water. But it was not just a story, it’s how he lived his life. Jesus went from place to place offering the grace and mercy of God without concern for the type of people receiving it. He did not overlook anyone as if they weren’t good enough for the kingdom. He did not scream at people until he was blue in the face trying to convince them to follow him. He just went out to sow.

For the early church this was more than a story that resonated deeply. It was hard to be a disciple shortly after the resurrection of Jesus; poverty and persecution, false prophets and poor communication. The early Christians scattered the seed like Jesus and people rejected it. Not because it was wrong or false or faulty, but because sometimes seeds don’t grow, whether in farming or in faith.

For the people of today, it’s more than story that resonates as well. It should ring familiar to the parent whose words of guidance and support fall on the ears of children who do not listen. They know about hard packed soil. It should connect with the business owner who produces a great product only to have the customer seek out a cheaper company. They know about shallow roots. It should ring true with the church that invites families and individuals to experience the love and grace of God only to have fewer people in the pews each year. They know the heartache of bad sowing.

In ministry, and in life, we spend a lot of time lamenting and despairing about the seeds that don’t take root. We spend countless hours reflecting on why something failed, and what we can do to bring new energy to a dead program, or hope to a lifeless tradition. We keep funneling money into places with the expectation that it will make a difference and we just keep seeing the same thing over and over again.

But the Sower in Jesus’ parable doesn’t do that. The Sower accepts the reality that some seeds will never grow and he keeps on sowing anyway. He is willing to throw out the seed anywhere no matter what the soil looks like. The Sower doesn’t return to the rocky ground and fume with frustration when the seeds don’t grow. No, the Sower has hope that by casting the seed anywhere it will eventually find the right soil and grow abundantly.

I don’t know about you, but I’ve often heard this passage discussed in such a way that congregations are called to reflect on their personal soil. Like the street preacher I heard in college we are forced to ask ourselves: Do I have shallow soil? Am I a patch of barren ground? Do I have well cultivated soil for God’s seed?

Sermons like that leave congregations reeling on their way out, not feeling confused about the parable. Instead, people like you and me leave church feeling guilty about our dirt.

But the parable is not about us! When we limit this story to our soil we neglect to encounter the beauty and the truth of Jesus’ words. If we leave this place only thinking about the soil of our receptiveness we will miss the miracle of God’s grace. The Sower trusts that the harvest will be plentiful, even a hundredfold.

During the time of Christ sevenfold meant a really good year for a farmer, and tenfold meant true abundance. If a farmer reaped thirtyfold it would feed a village for a year. But a hundredfold, the abundance that Jesus speaks about, would let a farmer retire to a villa by the Sea of Galilee.

The Sower therefore, is not foolish and brash in his sowing; the sower is trusting and faithful.

Do we trust like that? Are we willing to scatter the seeds of God’s grace indiscriminately? Are we filled with hopeful expectation?

Or are we afraid? Would we rather keep putting our hopes and trust in earthly things? Do we think we’re better gardeners than the One who created the Garden?

The parable by the seashore is for those with ears to hear. It is not a call for blind and reckless optimism, but a call to trust that God will provide if we are willing to be seeds for others. Because that’s the thing… sometimes God sows us into the strangest and most unlikely of places.

The older man walked into the back of the church as the announcements were being made. He looked uncomfortable sitting in the pew all by himself and held the bulletin at a distance as if it might attack him. When other people stood up to sing he stood as well but remained silent, and then the pastor asked everyone to pass the peace of Christ.

Immediately the sanctuary erupted into a cacophony of sound as people wandered around greeting one another. The man stood alone for the briefest of moments before someone walked up and wrapped their arms around him. The man was so shocked that he just stood there as a few other people walked over to greet him.

For the rest of the service he sat in his pew staring at the ground and did not listen to a word the preacher said.

And when worship ended and people started to filter of the sanctuary the man began to cry. His eyes welled up slowly at first but the longer he sat there the harder he cried. Eventually one of the ushers saw the man and made his way over to make sure everything was okay.

The crying man looked up and asked, “Do you all greet each other like that every week?”

The usher shrugged and said, “Of course we do.”

The crying man then said, “That was the first time anyone hugged me since my wife died six months ago.”

Can you imagine what that man must have felt like that morning? Can you picture how he looked sitting in the pew all by himself? And the hug of a stranger at the beginning of worship changed his life.

That man was in no shape to receive the Word. His life had become the rocky sun scorched ground but God had thrown down a seed anyway. Jesus’ story is about more than having the right soil to receive the Word, it’s about the good Sower who spreads the Word.

And our God is a high risk God. Our God flings seeds this way and that. Our God is relentless in offering opportunities to all people. Over and over again in scripture God calls on the last, the least, and the lost to guide, nurture, and sustain God’s people.

We might not want to let God take care of our backyard gardens, wasting seeds left and right. But when it comes to the garden of the church, when it comes to people like you and me, there is no greater gardener than the Lord. Amen. 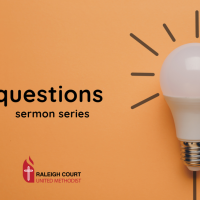 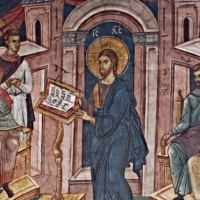 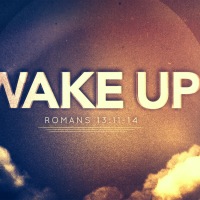 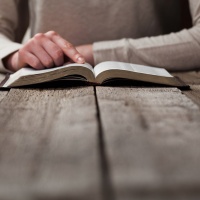 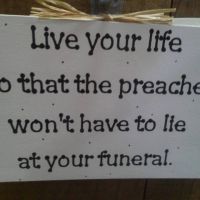