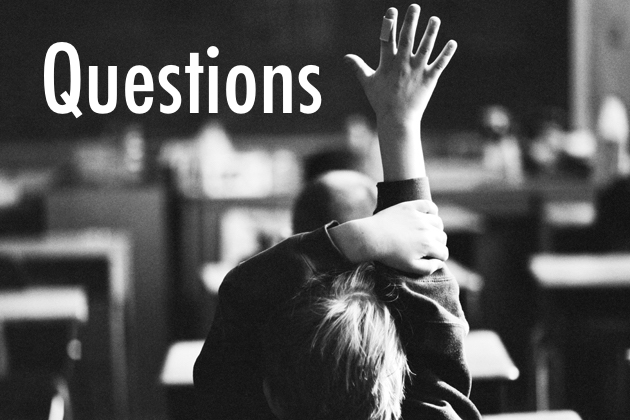 This morning marks the beginning of our sermon series on Questions. After polling all of you about your queries regarding faith, scripture, and the church, I compiled three of the most prevalent questions: What Are Angels? What Does The Bible Say About Divorce? And How Can We Be Biblically Wise? Though there are no simple, black and white, answers to any of these questions, we will strive over the next few weeks to bring clarity to our wonder. This morning we begin with “What Are Angels?”

Close your eyes. Seriously. Close your eyes. Picture, if you can, an angel. What do you see? Think about the movies you’ve watched, or the stories you’ve read about angels and try to picture one in your mind. What do you see? If you’re anything like the people I encountered this week, people who tried to picture an angel in their mind, you would describe the vision like so: “Angels are clothed in white and might be glowing.” “All angels have halos hovering above their heads.” “You can’t be an angel without wings.” “When we lose someone we love, they come back to us as angels.”

Angels are mentioned 273 times in the Bible. That’s a lot. They appear in both the Old and New Testaments. They appear to prophets and paupers. They minister to the wealthy and the weak.

I know many of us like the image of an angel with a halo, during our Preschool Pageant all of the angels had pipe cleaner halos hanging above their heads, but halos are never mentioned in scripture. Angels, when they do appear, are oftentimes described as having a particular shine or brightness, but they don’t have floating discs above their heads.

Some passages describe angels having wings, but others just describe them as looking like human beings. Zechariah is in the temple when an angel, who looked like a man, appeared and told him about his son John the Baptist. After Jesus was born, an angel appeared in Joseph’s dream and warmed him to get the child out of Bethlehem. Even when the disciples went to the tomb after Jesus’ crucifixion they saw two men in shining garments who told them about Jesus’ resurrection from the dead.

Well then, what do angels do? They report to God, they observe God’s people (us), they announced the birth of Jesus to the shepherds in the fields, they help God’s people when they are in need, and they rejoice in God’s creation and offering of salvation.

The descriptions and stories of angels in scripture vary and are all over the place. They certainly exist and work for God’s purposes, but that doesn’t make them any easier to understand or grasp. However, there is one thing that connects most of the angels in the bible, and it’s the way people react to their presence: fear. 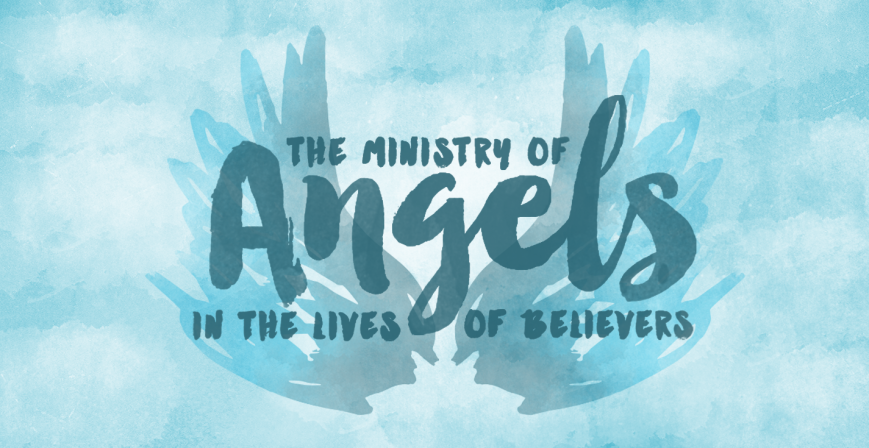 Before I came to St. John’s, I spent a year working as an on-call chaplain for Duke University Hospital in Durham, North Carolina. Every week I gathered with other chaplains to talk about grief, death, and suffering. We worked through our own issues with the brokenness in the world, and we were responsible for visiting people in need throughout the community.

I often met with people near the end of life who were tasked with making decisions about the way they wanted to die. Throughout my time in chaplaincy I became well versed in the topics of Do-Not-Resuscitate, Advanced Directives, and Power of Attorney. I was invited into some of the darkest moments of peoples lives and while everyone else would tell someone that they were going to be okay, that they would get better, I was one of the few people tasked with telling the truth: no one makes it out of this life alive.

During my year of chaplaincy, I had multiple 24-hour shifts at the hospital. I would put on my overly large white lab coat and respond to particular patients and their needs. More often that not I would be called to a room for someone who was lonely and just wanted another human being to be present with them. But every once in a while, I would be called to a room with a patient who needed something more.

It was 4 am, and I had been running around the hospital for my entire shift. Every time I thought I would have a moment to rest, a patient would die and I would have to meet with the grieving family. At 4am I received a page to a particular unit on the other side of the hospital with the words: We Need You.

Outside of the patient’s room I learned from the doctor and nurses that the patient was about to die; there was nothing else they could do to prolong her life and they wanted me to sit with her. Normally one of the nurses would stay in the room but they were so swamped with other patients that they could not spare another nurse. Of course, I asked about any family member that would want to be present and the staff just looked back at me with empty eyes and said, “She’s all alone.”

They left me standing there in the hallway, so I said a brief prayer and then walked right in.

Something about the hospital room was different. Whereas most are filled with machines making lots of noises, this room was quiet and peaceful. And strangely enough, I remember it being very warm; warm enough that I had to take off my lab coat and roll up my sleeves. The woman was lying in the hospital bed and was going in and out of consciousness. So I pulled up a chair and started to hold her hand.

For thirty minutes I sat there looking at the wrinkles on her skin wondering about her life, wondering about why no one else was there with her at the end, and if I should say anything. Instead, I just sat and held her hand at the minutes went by. I couldn’t even imagine the kind of pain and hurt I would’ve felt if I was in a room all by myself at the end of my life, and if I’m honest, the thought of it made me cry while I sat there holding her hand.

I don’t know how long I had been there when she started to move around a little bit more and opened her eyes to look right at me. We held one another in sight for some time when I felt like I needed to explain why I was there, so I said, “I’m the chaplain and I didn’t want you to be alone.”

In response, she smiled her so slightly and said, “I’m not alone.”

After that holy moment, we continued holding hands in silence until her breathing started to fade away, until her heart stopped beating, until she died.

That night at the hospital, when I was afraid of the power of loneliness, when that woman was facing her final earthly moments, I believe there was an angel in the room with us. I couldn’t see it, but as soon as she told me that she wasn’t alone, I knew it was true.

If and when God sends angels to us, we are either very afraid, or are about to be afraid by their presence. It is a humbling and powerful thing to be attended to by the likes of an angel and it really puts us in our place. I have asked countless people form our church if they have ever seen or experienced an angel and I was shocked, in a good way, by how many people said yes.

I heard things like: “My grandfather had just passed away and my brother and I were driving around Staunton when we saw a man who looked exactly like our grandfather walking down the street, wearing the same type of clothes, who took out a comb just like our grandfather did to comb his hair, and we knew that even though he died, he was still with us.”

“My sister was driving in her car when she felt asleep at the wheel and veered off the road. She woke up while the car was flipping over and she said she felt time slow down and arms wrap around her to protect her. While the car tumbled and tumbled she was held tight and only after the car stopped moving did she feel the protective arms let go and she was okay.”

Big and small, dramatic and simple, angels have showed up in our lives. The writer of Hebrews tells us to be faithful in our hospitality toward others because we never know when an angel will show up in our midst. Whether it’s in a hospital room, or driving through town, or even in church, angels show up.

And then at 16, while walking down Ft. Hunt road in Alexandria, VA I felt pulled to my knees and I prayed and prayed. I didn’t see an angel near me, or hear an angel speak to me, but I felt an angel’s presence with me as I prayed for God’s will to be done in my life, and not my own.

I can only articulate that experience of an angel in my life and in that hospital room because the church has given me the vocabulary of divine intercession. I can only look back and say that an angel was with me, because the church taught me how to open my eyes to the ways that God actually works in the world. Others might talk about a bizarre feeling they had or a strange movement in their midst. The church taught me to understand those experiences as angelic and holy moments.

I conclude with these words from the hymn that we will sing in a few moments. I offer these words so that they might help us to recognize and experience the angels in our midst. O Lord, Open my eyes that I may see, glimpses of truth though hast for me. Open my ears that I may hear, voices of truth thou sendest clear. Open my mouth and let me bear, gladly the warm truth everywhere. Silently now I wait for thee, ready, my God, thy will to see. Open my eyes, illumine me, Spirit divine. Amen.