How long, O Lord? Will you forget me forever? How long will you hide your face from me? How long must I bear pain in my soul, and have sorrow in my heart all day long? How long shall my enemy be exalted over me?

Annual Conference always elicits an assortment of emotions for me. At one moment I can feel renewed spiritually and theologically as I listen to some of the great preachers from our conference/denomination as they proclaim the Word of the Lord. At other moments I can feel socially fulfilled as I rekindle friendships with other clergy and laity from Virginia. And still at other times I can feel elated and jovial as I did recently when I witnessed our bishop dancing to Pharrell’s “Happy” after we voted to support “Imagine No Malaria.”

However, at other times I can feel deflated and frustrated with our church. Traditionally Annual Conference has been a time of Holy Conferencing when the leaders of the church gather together to have their faith reignited for the kingdom of God. In the beginning of our denomination’s history annual conferences were held to maintain the theological convictions of our connection as the circuit riders were spread other a vast geographical area. It also served to maintain the relationships with fellow disciples as well as a dynamic and life-giving relationship with God. As the decades passed, annual conferences began to focus more on the polity of our church while still providing avenues for spiritual growth. In our contemporary period annual conference is a time when we hear about the focus of the denomination, recommit ourselves to spiritual disciplines, and vote on resolutions that have been put forth for our consideration.

After spending Saturday afternoon deeply entrenched in the reports from various agencies within the church (Report from the Common Table, Report of the Site Selection Committee, etc.) it was time to begin our holy conferencing around the resolutions. We were running behind schedule, as is typical at Annual Conference, and only began speaking about the resolutions at 4:30 pm (thirty minutes before a recess for dinner until the Service for the Ordering of Ministry at 7:30 pm).

It has been no secret that Resolution 1 was one of the most anticipated conversations to take place this year (as was also made evident via the conference hashtag #vaumc14 where many people were anxiously awaiting the resolutions). Resolution 1 was as follows:

Whereas, as stated in the opening sentence of ¶161F in The Book of Discipline of The United Methodist Church, “We affirm that all persons are individuals of sacred worth, created in the image of God.” Whereas we declare that the following statement found later in ¶161F in the Book of Discipline “The United Methodist Church does not condone the practice of homosexuality and considers this practice incompatible with Christian teaching” is inconsistent with the first statement. Whereas medical science has established that homosexuality is a state of being and not a choice and therefore homosexuals are part of God’s creation. [See Amicus Brief filed by American Medical Association, American Psychological Association, American Academy of Pediatrics and other related organizations, Hollingsworth vs Perry.] Whereas Scripture is not referring to the loving, consensual, victimless relationships we speak of today. Whereas the words used by Paul as applied to homosexuality are the result of translations and interpretations, these passages are therefore open to alternative interpretations. Whereas Christian marriage is offered to sinners, even when the sin is extreme, but we do not offer it to homosexuals who are living out their lives in love as created by God. Whereas the General Conference has failed to explain why a loving, monogamous relationship is inconsistent with Christian teaching. Whereas the current policies, laws, doctrine and practices of the United Methodist church as documented in the Book of Discipline relating to homosexual relationships creates a double standard thereby promoting discrimination and creating the circumstances that lead to the very behaviors among homosexuals that are abhorred in the Bible, both of which are in direct conflict with Jesus’ teachings. [“Judge not lest you be judged” (Matthew 7:1); “Let the one without sin among you cast the first stone” (John 8:7); “Love the Lord your God with all your heart and with all your soul and with all your mind. This is the first and greatest commandment. And the second is like it: Love your neighbor as yourself. All the Law and the Prophets hang on these two commandments.”(Matthew 22: 37-40); and many other references.] Therefore, be it resolved that the Virginia Annual Conference petition the 2016 General Conference of The United Methodist Church to expunge the sentence “The United Methodist Church does not condone the practice of homosexuality and considers this practice incompatible with Christian teaching” and the attendant references to and penalties for homosexuality detailed in ¶¶341.6, 2702.1 and 304.4 from the Book of Discipline and all people be accepted into The United Methodist Church to truly embrace “Open Hearts. Open Minds. Open Doors.” as Christ would have us live.

When it came time to hear the resolution, a representative stood before the Annual Conference and explained their position in a way that accurately reflected the above written resolution. As is commonly practiced, the bishop then inquired if anyone would like to speak for or against the resolution. In response a leading elder from our conference offered a motion suspending conversation on Resolution 1 indefinitely so that we, as a conference, could gather in small groups over the next year to begin having conversations about how to move forward regarding this “issue.” Two people then spoke in favor of the motion, and two spoke against it.

When the bishop called for us to vote on suspending the conversation, I raised my hand.

As I sat there listening to the murmuring of the crowds while various lay leaders and clergy spoke into the microphones I was overwhelmed by the vitriolic responses from the people both for and against the resolution. It frightened me to see and hear Christian disciples speak so harshly against one another publicly and privately as we gathered to be the body of Christ for the world. When it came time to vote on whether to suspend the conversation or not, I believed that the right and true and faithful thing to do was vote to have the conversation stop. In so voting, I was implicitly hoping and praying that over the next year we, as a church, can faithfully respond to this resolution in such a way that it represents the will of God, not just to be decided by the people gathered at conference (who, in my opinion, disproportionately represent the church).

However, over the last two days I have begun to regret the vote I cast. While reading from the lectionary texts this morning I was struck by the first two verses of Psalm 13: “How long, O Lord? Will you forget me forever? How long will you hide your face from me? How long must I bear pain in my soul, and have sorrow in my heart all day long? How long shall my enemy be exalted over me?” It seems to me that, as a church, we have been having a conversation about homosexuality for a very long time. People have raised their opinion for the continued language in our Book of Discipline, and others have spoken against it. Moreover, Annual Conference is supposed to be the time that we gather for holy conferencing to experience the will of God and attempt to make it incarnate in the way we live our lives. I have begun to regret my vote because I now believe that I participated in a continual and perpetual denial of the value of the LGBTQ community by putting the language of homosexuality from our Book of Discipline on the back-burner.

This week the Presbyterian Church (USA) voted to allow gay marriages. While we methodists continue to ignore the need to address the growing concern of the LGBTQ community, debating whether or not we can officially (which is to say “by Discipline”) regard homosexuals as fully Christian or not, the Presbyterians have moved to grant homosexuals the theological and sanctifying grace we understand as marriage. We have continued to ignore the issue over and over again to the point that we are now more aligned with the Southern Baptists than we are with the Presbyterian and Episcopalian traditions from which we came (more on this at: http://tamedcynic.org/are-methodists-really-mainline-anymore/).

I regret my vote. I believe the time is now for the UMC to faithfully and finally address the language regarding homosexuality in our Book of Discipline. But, as a conference, we voted to push the decision back, yet again.

It is my prayer that the Holy Spirit abides in us over the coming year as we continue to have holy conferences. And it is my deepest and sincerest prayer that soon, we, along with the LGBTQ community, will no longer have to cry out like the Psalmist: “How long, O Lord?” 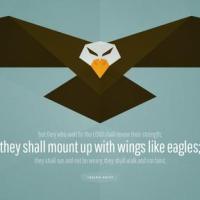 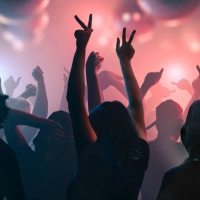