Humble yourselves therefore under the mighty hand of God, so that he may exalt you in due time.

I got the phone call on Thursday afternoon letting me know that Mrs. Betty Lancaster had passed away. Sitting on my couch at the parsonage I realized that I have been at St. John’s for nearly a year and this phone call meant that I was going to preside over my first funeral. I got to the Lancaster’s room at Brightview Baldwin Park as quickly as I could and I sat with the grieving family as they accepted the fact that Betty was gone.

Over the weekend I met with the family on different occasions learning more about the kind of life Betty lived in order that I might do justice to her life during the funeral service on Monday afternoon. The family shared with me particular stories about her life; her love to travel, her expertise in the kitchen, and her dedication to instilling important family values. I heard about how she and Ray met on a Greyhound bus on their way to Radford/Blacksburg, and how their marriage of 63 years began in a service station here in Staunton when a clerk from the court met with them to preside over their martial vows.

I made phone calls to a few of Betty’s friends that still live in the community who confirmed the family’s belief that she was one incredible woman, ready to do whatever it took for others. The more I learned about her life, the more I wished I had been able to spend more time with her myself.

But the one thing that stuck out among all the other details was a simple comment that Ray made as soon as I made it to his room after Betty died. Sitting in his chair, barely looking up from his lap, he softly said, “To us, Betty was always a star, but she never went in for all the glitz and the glamour.”

Humility is a lost art in our current culture. With the need and the drive to outshine everyone else (whether for employment, college applications, or just selfish desire) we no longer appreciate the importance of remaining modest. Life, at times, seems like one giant competition where we have to make sure that we come in first place. However, the kingdom of God is not like the world we live in. Instead of cutthroat competition dominating everything we do, we are called to humble ourselves under the mighty hand of God, so that he may exalt us in due time. In life we will have opportunities to shine for God, but we must remember that when we do our best, we do so for the kingdom of God and not ourselves.

The call of discipleship today is to live like Betty Lancaster did, which is to say we are called to live like Christ did; ready to listen, prepared to love, and humble in all that we do. 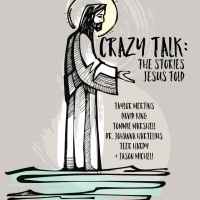