What do you think? A man had two sons; he went to the first and said, ‘Son, go and work in the vineyard today.’ He answered, ‘I will not’; but later he changed his mind and went. The father went to the second son and said the same; and he answered, ‘I go, sir’; but he did not go. Which of the two did the will of his father?” They said, “The first.” Jesus said to them, “Truly I tell you, the tax collectors and the prostitutes are going into the kingdom of God ahead of you. For John came to you in the way of righteousness and you did not believe him, but the tax collectors and the prostitutes believed him; and even after you saw it, you did not change your minds and believe him.

What do you all think?

There’s this guy with two kids and there’s yard work to be done. So he wrangles them out of bed and says to the first, “Hey, grab a rake and start working on the leaves.” The kid pulls the covers over his head and says, “No way Dad.” But later he changes his mind, and goes outside to rake up the leaves.

The father also tells his second kid to get out on the lawn and the kid responded with a, “Yessir” but as soon as he got outside, he got on his bike and spent the day riding through the neighborhood.

So, which of the kids did what the father wanted?

The first who, though the call of the bed seemed so strong, actually went and raked leaves?

Or the second who, though he said he would do it, actually spent the day doing whatever he wanted?

Truly I tell you, the people begging on street corners, the economy stealing stockbrokers, the pregnant teenagers, and the squanderers of inheritance are all going into the kingdom God ahead of you.

What must we do to be saved?

It’s an interesting question, particularly for those of us habituated in a world of meritocracy.

Do we have to be baptized?

Is there a certain percentage of Sundays that we have to be engaged in worship?

What amount of money demonstrates a salvific commitment to Kingdom of God?

How many wrongs do we have to right to wind up in the right place, in the end?

That question, for some, lingers above most of what we do whether its a truly theological reflection, or we’re merely thinking about how good we have to be in any given moment.

Preachers may or may not speak about it explicitly, but it definitely shows up in preaching and teaching and also on our individual Facebook statuses and our trite little tweets – we implicitly affirm a whole host of expectations.

I’ve said it before, but the church has become a version of the next best self-help program where people like me say to people like you, “Hey, the mystery of the Kingdom isn’t nearly as mysterious as we make it out to be, and if you want to be part of it, there’s some things you all need to start working on.

“Now, you might want to write all this down, because it’s important: You need to work on your racism, sexism, classism, ageism, ethnocentrism, STOP USING STYROFOAM, go vegan, gluten free, eat locally, think globally, fight against gentrification, DON’T DRINK SO MUCH, practice civility, mindfulness, inclusiveness, take precautions on dates, keep sabbath, live simply, practice diversity, do a good deed daily, love your neighbors, give more, complain less, make the world a better place, and STOP DRINKING SO MUCH.”

And, at first glance, this brief little parable about who actually does the work of the father seems to support a view in which we have work to do.

God in Christ has given us commandments and, well, we better follow them accordingly.

Doing, then, is the end all and be all of a life lived in Christ.

But, what if that’s actually wrong?

And by wrong, I mean dead wrong.

Notice – Jesus tells his story, dangling it out for the scribes and Pharisees and us, and then he ends with a reference to the salvation of tax collectors and prostitutes. And, by doing so, Jesus seems to be saying that salvation comes not because these disreputable characters suddenly become respectable and law-abiding and even good, but simply because they believe.

Salvation, according to Jesus here in his little aside, comes only by belief, by faith, by trusting in someone else to do for us what we couldn’t do on our own.

But, that’s exactly the problem because it all sounds too easy – it sounds too simple.

Is Jesus telling us that anyone can just stroll through the pearly gates just for having a little faith, even faith the size of a mustard seed? They don’t have to do anything else? They don’t have to right all the wrongs and only make good choices and be perfect all the time?

That sounds a little unfair doesn’t it? I mean, what about all of us who have worked so hard, and done all the right things, and followed all of the important rules?

Everybody getting in gratis feels so wrong – it runs counter to everything the world runs on.

Which, in the end, is exactly what makes it right.

No matter how much we talk about grace in the church, and no matter how much we sing about it in our hymns, we don’t really like it. It’s too… free. It lets squandering sons and delinquent daughters get into the Kingdom for nothing, all while disregarding the good people.

You know, people like us. People who drove to a church parking lot on a Sunday afternoon.

So, we continue to offer words of encouragement about how much God loves everyone and forgives everyone, but then, for some reason, we make it good and clear that the aforementioned everyone have to clean up their act before God will do all the loving and forgiving.

We do this because we want to make it abundantly clear that church is for good people, and the world is for bad people.

Which only goes to show that we, sadly, have more in common with the Scribes and the Pharisees and than we do with those who are getting into the kingdom first.

We’ve confused the Good News of Jesus Christ for the bad news of works-righteousness.

The problem with grace is that it doesn’t sell – it doesn’t give us a list of things to do to fix all of the disappointments we feel here and now. It’s not a Peloton that promises to slim our waistline, it’s not a mindfulness technique that guarantees to lower our anxiety, it’s not a book that insures we will feel happier on the other side.

Grace works for losers and only losers, and no one wants to hang out with losers.

No one, that is, except for Jesus.

The world of winners, people like us, will invest in myriads of moral absolutes, and truck loads of self-improvement seminars, and heaping baskets of do-goodery.

But the world of winners, people like us, refuses to opt-in for free forgiveness because that threatens to bring in all of the disreputable types.

And we can’t save ourselves.

Our sins were nailed to the cross and God left them there.

If we want to keep believing the kingdom works on works, that there’s something we have to do to get what God is offering, we can absolutely believe that. But that’s not the Kingdom Jesus inaugurated in his life, death, and resurrection.

In the end, we are saved by grace for free. We do nothing and we deserve nothing. It is all one huge and hilarious gift. Thanks be to God. 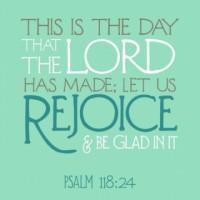