Peter answered him, “Lord, if it is you, command me to come to you on the water.” He said, “Come.” So Peter got out of the boat, started walking on the water, and came toward Jesus. But when he noticed the strong wind, he became frightened, and beginning to sink, he cried out, “Lord, save me!” Jesus immediately reached out his hand and caught him, saying to him, “You of little faith, why did you doubt?”

Jesus went up on the mountain to pray by himself. While praying, the disciples set off in a boat for the other side of the sea. Early in the morning, Jesus walked out onto the sea and when the disciples saw him they were terrified.

But immediately Jesus said, “Hey chill out! It’s just me.”

Peter responded, “Well, if it really is you, then tell me to come out there on the water and I’ll do it.”

“Whatever you say Pete,” the Lord replied.

So Peter got out of the boat and started walking on the water. But when he realized what he was doing he began to sink and he called out for Jesus.

Jesus immediately reached out and caught Peter while saying, “Buddy, I got you.”

Or, at least, that’s how I like to tell the story.

It’s a well known one in Christian circles – we preach on it from pulpits, we act it out in Vacation Bible School classes, we even daydream about it.

And, more often than not, we make Peter the subject of the story.

The whole thing gets whittled down to some version of, “God’s calling you out of your boats of comfort into a new thing. Do you have the courage to respond to the call? Don’t be like Peter with his fear. Blah blah blah.”

And that’s fine, if you want a group of people to feel guilty about whatever it is they’re not doing.

But the Gospel is a much better story.

Because, according to the Gospel, Jesus is the subject of the story, not us (Peter).

Jesus brings us a new world in himself. A world defined differently than the one we currently inhabit. It’s not just that the wind and the seas obey him, a whole new cosmos is knit inside of, and through, him.

And, upon realizing the condition of his condition, the fear of not knowing where he really belongs, he begins to sink.

Who saves Peter from his peril?

Notice: How often are we encouraged (or downright commanded) to pull ourselves up by our bootstraps? How many times have we suffered under the weight of feeling like we just can’t become the people we’re meant to be on our own? Why do so many sermons end with calls for more and more instead of telling us about the more that Jesus has already done for us?

In the end, this story forces us to confront the oddness of God.

God, the author of creation and salvation, humbly (read: humiliatingly) comes to us in the person of Christ to dwell among us, to pull us up while we’re stuck treading water.

This is the God we worship.

The God who, even though we left him behind on the shore, comes and walks on water to be with us.

The God who, even when the waves are battering the ship and it feels like life if falling apart, waits with an open hand to lift us back up.

The Good News is that Jesus can, and does, for us that which we couldn’t on our own.

It’s odd, but it’s also the best news of all. 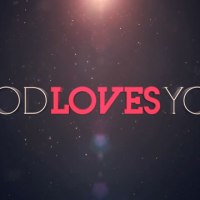