Love does no wrong to a neighbor; therefore, love is the fulfilling of the law.

On Saturday evening I will stand in front of Alex Chatfield and Brianna Gays in order to join them together in what we call “holy matrimony.” Months of planning will come to fruition in their wedding vows as they stare lovingly and longingly into one another’s eyes in front of friends, family, and the Lord. And I will have the best seat in the house (though I won’t be sitting and it won’t be inside) because I have the privilege of asking for God’s help to bless and sustain their marriage.

I have known Brianna longer than just about anyone else in my life. Her father and my father went to high school together and Brianna and I were basically raised as siblings. When she was on the homecoming court at a different High School (my school’s rival), I went to support her. When I was ordained, her family was there to worship with the entire Annual Conference. Countless birthday parties, and gatherings, and family vacations have solidified a friendship that really makes us feel like brother and sister.

And on Saturday I get to challenge and charge her with a task far greater than anything she has experienced up to this point in her life; I will require and charge her (and Alex) to love one another knowing full and well that they are each marrying the wrong person.

Now to be clear: they are not marrying the wrong person because there’s something wrong with their relationship. They are each marrying the wrong person because they (and we) never really know another person in such a way that we can call a marriage “right.” They will promise to love and to cherish one another without knowing what their lives will look like in five years, or even what they will look like in five years. And they will do all of this under the auspices of “love.”

What Alex and Brianna will promise to one another on Saturday night is really no different than what all Christians promise one another. As Christians we make covenants (through baptism) to love one another knowing full and well that we don’t really know one another.

And I believe that Alex and Brianna can, and will, do so faithfully, just as Christians can, not because of any power on their own part, but because God empowers them and us to do some wonderful and strange and remarkable things in this life; like getting married, like having lasting friendship, and like doing no wrong to our neighbors. 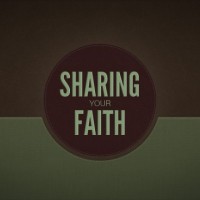 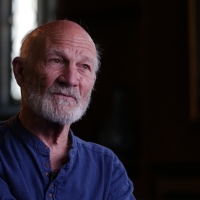