Then they brought the colt to Jesus and threw their cloaks on it; and he sat on it. Many people spread their cloaks on the road, and others spread leafy branches that they had cut in the fields. Then those who went ahead and those who followed were shouting, “Hosanna! Blessed is the one who comes in the name of the Lord! Blessed is the coming kingdom of our ancestor David! Hosanna in the highest heaven!”

It was early in the morning when Jesus sent two of his disciples to a village atop the Mount of Olives to find a donkey. The day had come for Jesus to enter the holy city of Jerusalem during Passover, a time when the city’s population would balloon up to 200,000 people entering to celebrate. On a Sunday morning, while the crowds gathered with palm branches, Jesus entered Jerusalem. Five days later he would be killed on a cross. This is what happened during the final week.

The two disciples procured a donkey and Jesus prepared to make his triumphal entry. Riding on a donkey was a richly symbolic act, one that can be traced back to the time of David. To arrive in the holy city on a donkey calls back to the prophet Zechariah who declared, “Rejoice greatly, O daughter Zion! Shout aloud, O daughter Jerusalem! Lo, your king comes to you; triumphant and victorious is he, humble and riding on a donkey.”

As he rode toward Jerusalem, droves of people arrived on the streets and they began to waves palm branches while he passed. They were so enraptured by Jesus that they took off their cloaks and placed them on the road with their palms in order to create a royal pathway for their king. They shouted things like “Blessed is he who comes in the name of the Lord!” and “Hosanna!” which means “Save us!”

At the same time, on the other side of the city, Pontius Pilate (the Roman Governor of Judea) entered Jerusalem with at least 1,000 soldiers to demonstrate the power of Rome during the Jewish celebration of the Passover. It was a show of force to prevent the people from revolting against their imperial rulers while they remembered that time when God had delivered them from captivity in Egypt.

But with Jesus, there was no show of force. Instead of armor and swords, the people took off their cloaks and waved palm branches. Instead of cowering away in fear they rejoiced in the humble man on the back of a donkey.

While the distance between the Lord and the city grew closer and closer, while the crowds were dancing and shouting, he began to cry. He looked out over the holy city and he wept for Jerusalem. He wept knowing that he was entering as the prince of peace, and within the next few days the very people who were begging for his salvation with their palm branches would reject him and call for his crucifixion.

On Monday, Jesus made his way to them Temple with countless other Jews. With the episode that had transpired the day before, all eyes were on the humble man with expectation of deliverance. As his feet walked over hallowed ground, Jesus encountered the moneylenders and changers who were taking advantage of all the Jews in Jerusalem. The prices for clean animals necessary for sacrificial rituals were vastly inflated to the benefit of the merchants and the religious elite.

Jesus, who had spent the better part of three years berating the elite for taking advantage of the poor and outcasts, Jesus, who had told the rich young ruler to sell everything he had and give it to the poor, became incensed when he saw the poor being ripped off in the name of God. He walked straight over to the tables and he lifted them off the ground and disrupted everything in the temple. He threw the merchants out of the Temple and declared that his Father’s house had been turned into a den of robbers.

The elite and powerful, who had heard about this mysterious man claiming to be the Son of Man, now had their attention on Jesus. It was one thing to have a crowd with palm branches welcoming him into the city, but to disrupt the economic scheme they had established was going too far. From this point forward, the tides began to turn against Jesus. The leaders started looking for a way to discredit him, or to remove him completely. For as long as Jesus stayed in Jerusalem, their power would be in question, and they would no longer make the money they had planned on.

On Tuesday, Jesus once again entered the Temple and he began to teach. If people were excited to see him after his entry in Jerusalem, they were now even more eager to listen to the one who had throne the merchants out of the sacred space. The Pharisees and religious leaders began to interrupt his teaching and demanded to know whom he thought he was to speak with such authority. Jesus, the one who shared parables with his disciples and followers, used parables to respond to their accusations. Over and over again he used examples to show how the powerful and lost sight of their responsibility to take care of God’s creation and he labeled them “hypocrites.”

He accused them of neglecting to practice what they preached, he called them “snakes” and a “brood of vipers” and he told them they had failed to do the one thing required of them which was to love the Lord their God with all their heart, soul, mind, and strength and to love their neighbors as themselves.

Jesus had a following, he had entered with a display of peace, but he had removed the leaders’ economic disparity, and now he had called them hypocrites. They tried to trap him in his words, but he continued to point to the love of God in all times and in all places.

On Wednesday Jesus left the arena of the Temple and continued his teaching on the Mount of Olives. Some of the disciples made comments about the beauty and the magnificence of the Temple and Jesus responded by foretelling the destruction of the temple and his own body. He revealed images of God’s cosmic plan for the world made manifest in Jerusalem and called for his disciples to stay vigilant no matter what.

He used parables to describe the call of his disciples and ended by saying that his followers would be blessed in the end if they had fed the hungry, gave water to the thirsty, welcomed the stranger, clothed the naked, cared for the sick, and visited the prisoner.

Word about Jesus continued to spread fast throughout Jerusalem and the leaders learned that he was now prophesying the end of their rule and the destruction of the temple. Gone was the joy the people felt on Palm Sunday. Fear was present with the leaders and the elite.

On Thursday Jesus continued to teach and gathered with his twelve disciples in the upper room for the Passover celebration. Around the table they remembered God’s great work in the delivery of the Hebrew people out of slavery in Egypt to the Holy Land; they remembered God’s actions in the lives of God’s people including themselves. But before the supper was over, Jesus did something radical. He took a loaf of bread, gave thanks to God, broke it, gave it to his friends and said, “This is my body, and I’m giving it for you.” Later, he took the cup, gave thanks to God, passed it to his friends and said, “This is my blood, and I’m pouring it out for you and for the world.” Even though he knew that in short time his disciple Judas would betray him he still shared this incredible meal and gift with his friend.

Later that evening, they arrived in the Garden of Gethsemane, and Jesus urged his disciples to keep awake while he prayed. He knelt on the ground and he communed with his Father and prayed about what was about to happen. But he ended the prayer by saying, “Lord, with you all things are possible; remove this cup from me; yet, not what I want, but what you want.” In essence he prayed, “Let thy will be done.”

When Jesus finished praying, Judas arrived with soldiers. They grabbed and arrested Jesus. The disciples fled into the distance. Jesus was dragged back into the city to be tried for blasphemy.

On Friday Jesus was brought to the Roman leader Pontius Pilate. The leaders demanded that he be crucified and executed, but Pilate could find no fault with Jesus. He then brought Jesus before the Jewish people and they chanted with loud and bellowing voices, “Crucify him!” The same people who had gathered on the road with palm branches yelling “Save us!” were now demanding Jesus’ death. In order to appease the crowds and the Jewish leaders, Pilate sentenced Jesus to death by crucifixion.

The soldiers whipped and beat Jesus nearly to the point of death and then, to mock him, they placed an opulent robe on his soldiers, and they made a crown of thorns for his head. They forced Jesus to carry his torture device, a cross, on his shoulders all the way to the place called The Skull. The crowds berated him on either side while he marched forward to his death. “If you really are the Messiah, save yourself!” “Where are all your disciples now?!” “Some King of the Jews you are!”

He arrived at the top of the hill and the soldiers nailed his hands and feet to the cross and hung him in the sky. For six hours Jesus’ life slowly slipped away while the crowds continued to mock him from the ground. With some of his final breaths he offered a prayer that has haunted the world ever since, “Father, forgive them, for they do not know what they are doing.” With two thieves on either side hanging on crosses, while some of his disciples watched from the distance, he died.

Jesus rode into Jerusalem on the back of a donkey proclaiming and inaugurating a time of humility and peace. Jesus rebuked the elite for preying on the poor and weak. Jesus confronted the hypocrites in leadership. Jesus called his followers to love God and neighbor. Jesus shared his final meal with the one who would betray him. Jesus was crowned with thorns and enthroned on a cross in the sky. Jesus forgave his murders from the moment of his death. And Jesus died so that we might participate in his kingdom and salvation. Amen. 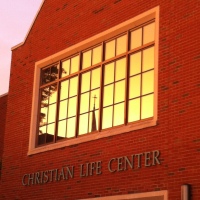 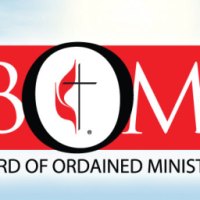 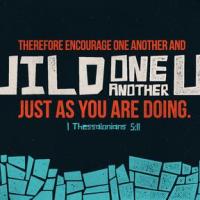